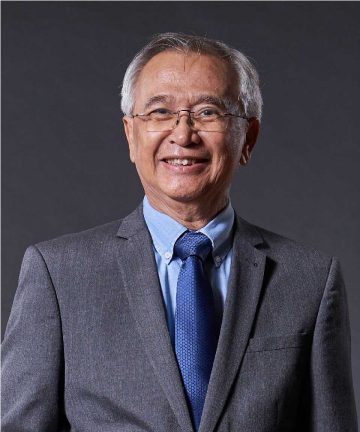 Chairman of NanoMalaysia Professor Emeritus Dato’ Ir. Dr. Mohamad Zawawi Ismail has been the Chairman of NanoMalaysia Berhad since its establishment in 2011. He was the Founding Vice-Chancellor of Universiti Malaysia Sarawak UNIMAS (1992-2000). While serving UNIMAS, he was a member of the National Higher Education Council (1997-2000), National Council for Scientific Research and Development (1993-2000), National Information Technology Council NITC (1995-2002), Academy Sciences Malaysia Council (1995-2003, 2005-06), Advisory Councils of National Science Centre (1997-2001) and National Planetarium (1998-2002). Before UNIMAS, Professor Emeritus Dato’ Ir. Dr. Mohamad Zawawi Ismail was the Deputy Vice-Chancellor (1991-92) of Universiti Kebangsaan Malaysia UKM, where he began his academic career in 1972, upon his return with a doctorate from the University of Leeds. He became Head of Physics (1973-75), Dean of Science (1976-82), and Dean of Engineering (1990-91), and a member of the University Governing Council (1973-76, 82-84). He was appointed Professor of Engineering in 1981. While serving UKM, he was President of the Academic Staff Association UKM (1973-80), President of the Insitute of Physics Malaysia (1976-79), founding Executive Secretary of UNESCO Asian Physics Education Network AsPEN (1981-87), a Fulbright scholar (1985), a member of the Steering Committees of National Science Centre (1990-96) and Technology Park (1992-94). He left UKM briefly between 1985-90 to jointly establish MIMOS. After leaving Unimas, he served as director of several corporate entities: CIMB Bank and iCIMB (2001-10), Commerce Asset Ventures (2001-10), Bumi Armada (2004-08); Executive Director of Commerce Leadership Institute (2005-09); and Chairman of listed Mesiniaga Berhad (2002-06) and Inti Universal Holdings Berhad (2003-07). Professor Emeritus Dato’ Ir. Dr. Mohamad Zawawi Ismail was a member of the National Aerospace Council (2001-03). He served the Boards of International Medical University IMU (2001-06), National Defence University of Malaysia UPNM (2007-10), and Malaysian Qualifications Agency MQA (2010-14), and the Advisory Boards of Razak School of Government RSOG (2011-14) and Higher Education Leadership Academy AKEPT (2010-21). He was Chairman of the Universiti Sains Malaysia USM (2009-12) and Chairman of Universiti Kebangsaan Malaysia UKM (2012-15). He is currently a member of the Board of Governors of Inti International University and sits on the boards of several companies related to Inti International University and Colleges (since 2008). Professor Emeritus Dato’ Ir. Dr. Mohamad Zawawi Ismail is an Honorary Fellow of the Institute of Physics Malaysia and a founding Fellow of Academy Sciences Malaysia. Education: BSc(Eng), PhD (Leeds), Victoria Institution and Sultan Ismail College. Honours: KMN, JSM, DPSK (Kelantan), Hon DEng (Leeds), Hon PhD (UKM), Hon DEng (OUM). Emeritus Professor (UNIMAS). 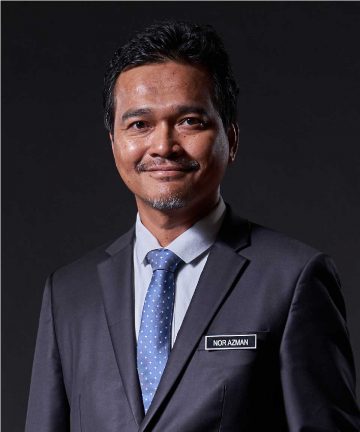 Director Datuk Ts. Dr. Mohd Nor Azman Hassan is currently the Deputy Secretary General (Science) of the Ministry of Science, Technology and Innovation (MOSTI). He oversees the policies and development of science, technology and innovation ecosystem to support the socio-economic development of the country. His previous positions were in the areas of higher education, policy and technological development including industrial related technologies such as renewable energy, advanced materials and manufacturing, biotechnology and nanotechnology. He had extensive engagements with the industry especially the SMEs, in particular to communicate government’s policies relating to STI. Datuk Ts. Dr. Azman holds a doctoral degree from Carnegie Mellon University, Pittsburgh, USA in the field of renewable energy technology and is trained in conducting Life Cycle Analysis (LCA). Datuk Ts. Dr. Azman is also a registered Technologist with the Malaysian Board of Technologist. 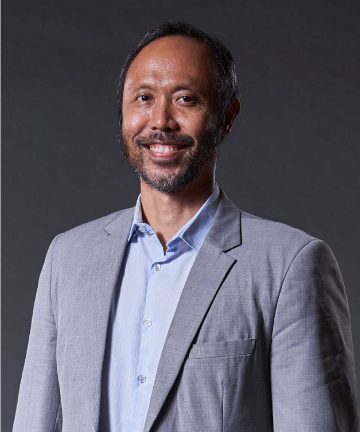 Director Dr. Rezal was appointed as the Chief Executive Officer of NanoMalaysia in January 2013. Dr. Rezal holds a Ph.D in Nanotechnology, Electronic/Electrical Engineering from London Centre for Nanotechnology, University College London as the first Khazana Ph.D. Scholar. As NanoMalaysia's first employee, he crafted the company structure and developed the business model and corporate positioning strategy relative to like-minded government agencies and relevant industries. Between August 2012 and February 2013, Dr. Rezal also served as Acting Under Secretary of National Nanotechnology Directorate, Ministry of Science, Technology and Innovation (MOSTI). From June 2012 to May 2014, he came under secondment from Khazanah Nasional, an investment arm of the Government of Malaysia. Prior to that, he was a Manager at GEMS Sdn. Bhd. and Business Development Manager in a local ICT private company from 2000 to 2001. 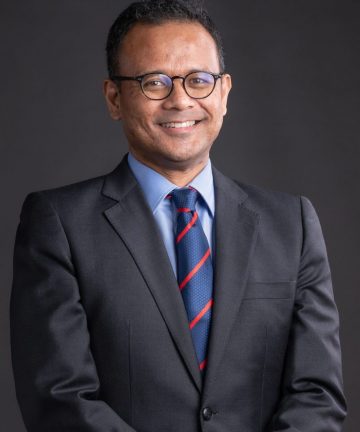 Director Encik Zain Azmir Zain Azahari is a multi-disciplinary chartered accountant possessing extensive experience in investment management, strategic planning, performance management, economic regulation, corporate governance, stakeholder engagement, investor relations, and media engagement. In-depth understanding of regulated industries, especially aviation. Accustomed to high-pressure environments, following considerable media, political and public scrutiny during tenure as Director, Investments at Khazanah Nasional Berhad and Chief Operating Officer at the Malaysian Aviation Commission. Reported to an Executive Chairman and a board of Commissioners in latter role, with influence over an entire industry and overall responsibility for the organization’s deliverables, financial performance and institutionalisation. Currently managing a family office, a board member of the National Art Gallery in Malaysia and a contributing writer to The Edge Weekly. 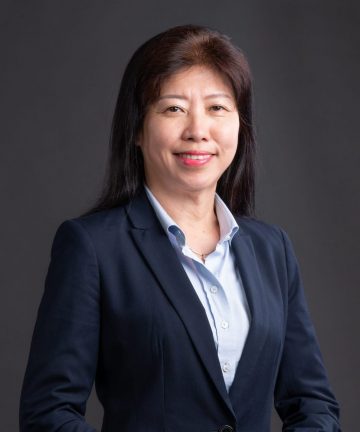 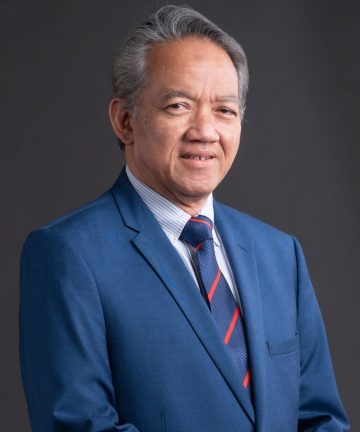 Director Professor Datuk Dr. A. Rahman A. Jamal is the founding director of UMBI and a professor of Paediatric Oncology and Haematology, and Molecular Biology. He has been helming the key research initiatives of UMBI since its establishment in 2003. As an esteemed researcher, clinician and one of the key drivers of molecular medicine research, he has more than 100 publications, numerous research grants and supervised more than 50 postgraduate students. His research interest is rather diverse but the main focus is on cancers and blood disorders. Together with his research team, they have discovered various important gene signatures associated with the pathogenesis of colorectal cancer (CRC), glioma and leukaemias. He sits a good number of national committees including being the chairman of the National Committee for Ethics for Stem Cell Research and Therapy. He is also a member of the National Committee for Thalassaemia Registry (Ministry of Health) and also the National Committee for Clinical Research which is the national body and committee for setting policies and directions for clinical research. In 2010, Professor Datuk Rahman was appointed as Project Director for the Hospital Kanak-Kanak Permata UKM (HKKP-UKM). 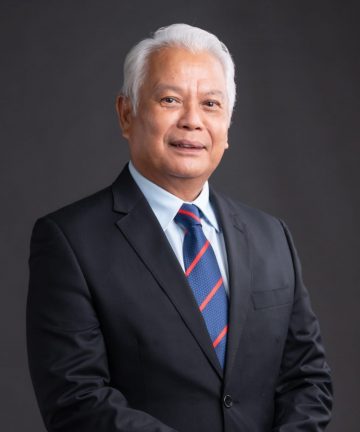 Board Nomination and Remuneration Committee Dato' Ahmad Shukri Hj. Tajuddin is currently one of the board members and also a chairman of the Board Nomination and Remuneration Committee of NanoMalaysia Berhad. He has over 36 years of experience in various capacities in the private and government sector and has accumulated vast experience in property, industrial development, promotion, business, and technology development. Dato’ Ahmad Shukri was the founding member of Kulim Hi-Tech Park where he served as the Chief Executive Officer for 18 years. In 2009 he joined the MMC Group and was appointed the CEO of Senai Hi-Tech Park. He was also the former CEO of Kedah Invest Bhd and Kedah Menteri Besar Incorporated. Dato Shukri had once been appointed by the Zambian Government as the Technical Advisor and Head of the Study Team for the setting up of an Industrial Park in Zambia. Dato Shukri is also the Principal Consultant at LEOS International Inc and the Advisor to the family-owned business Pengangkutan Sedar Sdn Bhd.